“If men knew what women were thinking, they would court twenty times more boldly” Alphonse Carr

In a previous article we touched on the question of meeting a foreigner in person and talked about where and how, in our opinion, the first meeting should take place (Tips for organizing the first meeting with a foreigner). Untouched remained the question of behavior and manners to behave with a foreign man during the first personal meeting. The reason why we touch upon this topic is the difference in the mentality of European men and Slavic women and the presence of stereotypes in Eastern European society, unspoken “rules of behavior”, which may be suitable for communication with Slavic men, but are not valid when meeting a European.

It’s no secret that men and women from different countries can be difficult to understand each other. We told about it more than once on the pages of our blog (Dating foreigners: where does the misunderstanding come from and why do the suitors disappear?). Misunderstandings can arise not only during the exchange of letters, but also during the first face-to-face meeting.

One of the most common mistakes is “appropriating” the way a Slavic man acts to a European. In other words: I want to meet a European, but I behave with him the way I would behave with a Russian man and I expect from him the reactions and behavior of a Russian man.

Many women are used to the idea that the man in the relationship must act as a conqueror, must necessarily take the initiative, and, therefore, hide their interest in getting to know him and in the relationship behind an apparent indifference. For Europeans, the relationship between a man and a woman does not consist of secret signals, hints, unspoken desires and expectations. If a man has made a “move,” he expects that, in case the lady is interested in a relationship with him, she will respond to him and respond not with a mystery, not with a non-verbal signal, but in a way that he understands her.

In dealing with Slavic women, European men take some “nuances” literally. For example, silence, haughtiness and coldness of a lady, they will perceive not as a signal to start a conquest operation, but as a literal lack of interest on the part of the lady. The natural reaction of a European will be to think that the lady does not like him, but she does not want to offend him and does not say so directly. The consequence of this will be a lack of attempts to win the woman’s favor. After all, if she is cold to me, if she emphatically shows her disinterestedness, why would I impose myself on her? The woman, in her turn, will wait for the foreigner to try to get closer and wonder why he leaves her “signals” without proper attention. 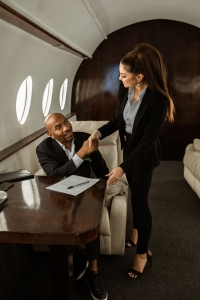 Don’t get us wrong, you don’t need to hang on a man’s neck the first time you meet him. We’re talking about friendliness, a warm smile, open and cordial communication. Many Slavic women, when they meet a man, close themselves off and start playing the role of a cold lady who needs to be conquered in some way. As long as you are not sure of your feelings, communicate with a man as with a good friend, but do not build a wall of aloofness.

European men are sure that in an Eastern European woman they will find not only the ideal of femininity, natural beauty, but also warmth of soul, openness, friendliness, unselfishness and understanding.

One more circumstance concerning communication during the first personal meeting: remember that the foreigner is in a foreign country, he has come to see a woman whom in a real situation he sees for the first time in his life, and to some extent depends on her. It is only natural that in the first hours, or maybe even days, he may feel discomfort and insecurity. Coldness and taciturnity on the part of the lady will only exacerbate these feelings. If you are interested in a relationship with this man, help him feel comfortable with you. By getting a cold reception, he can easily make the wrong impression, which will not be easy to change.

One thought on “How To Behave When Meeting a Foreigner For The First Time?”