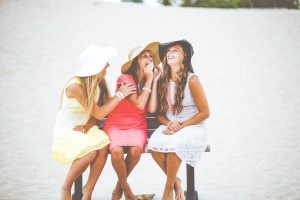 Billy Crystal was right. Well, not Crystal exactly, but his character When Harry met Sally . He said the reason men and women can’t be friends is ‘because the sex part always gets in the way’. Think of all your women friendships. It probably started because one of you was attracted enough to the other to start a conversation. If it’s clear from the start that there’s no chance romantically, the relationship develops platonically. Sometimes, however, friends do the same things as lovers. Late night phone calls, dinner dates, nights on the couch, and then sex.

Now the deed is done. Sex is the elephant in the room. With sex comes feelings, emotions, and possibly regrets. You want to keep your relationship at the friendship level, but there is a possibility that she wants more. So how do you stay friends and nothing more?

Here’s a simple plan for the days, weeks and months that follow your leap from friend to lover. Make sure you follow these steps in order, stay on track, and keep the friendship game as strong as it was before the sexual timeout.

It’s the morning after and you wake up in bed together. If it’s a weekday, a clean break shouldn’t be a problem since either one or both of you probably have to go to work. When you get to the office, wait about an hour and email her with a joke about what happened the night before. Then immediately change the subject. You need to acknowledge that it happened so she doesn’t feel needed, but you shouldn’t dwell on it or she’ll think it’s something more than it was – a simple one-time event. Also, don’t let the conversation dip into the sordid regions. Don’t use pet names or nicknames. Give her back her underwear. Act like a friend. If you didn’t act as friends underwear, by all means move on.

If it’s a weekend, breaking up might be harder than interviewing Jeremy Paxman. You may not extend the day to an afternoon of antiquing and small talk over iced coffee. But don’t opt for the obvious ‘I have things to do’ excuse, because she probably knows your life better than you do. Casually mention things to take care of on a solo mission. the gym she doesn’t belong to, going to the office to get some work done, or taking a trip to see her parents. Make plans to hang out in a friendly situation this week, something you’ve done together many times before you danced the horizontal mambo, so she knows this wasn’t a hit-and-run.