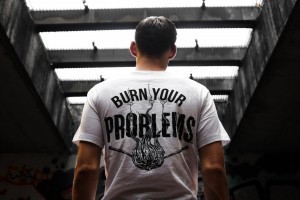 Are ‘daddy problems’ a real thing or just a myth? We examine here. Daddy issues is a phrase you hear tossed around with abandon these days, often when a woman is dating an older man or just exhibiting some sort of difficult emotion or behavior.

Men are often willing to diagnose women as having deep-seated, unresolved issues with their fathers in a variety of circumstances. But what does the term daddy issues even mean? And more specifically, why do we still use it to describe women in this way?

1. What are daddy problems?

In psychology there is a term called the father complex, developed by Freud and later taken up by Jung and later thinkers in the field, which describes the neuroses that result from an individual’s poor relationship with his father.

It was originally used almost exclusively to describe men who had anxious or distrustful relationships with their fathers, but was eventually decoupled from gender after psychologists increasingly recognized that both men and women could have either positive or negative father complexes.

At some point, the phrase ‘daddy issues’ emerged. It borrowed loosely from the idea of a father complex, but it was not a formal diagnosis – it was a colloquial phrase based on pop psychology and conventional wisdom, suggesting the quotidian notion that women who have poor relationships with their fathers tend to develop a set of problems as a result.

At that time, the notion was very gendered – even though men, of course, were just as likely to have such problems.

2. What do people mean by ‘daddy issues’?

The classic image of a woman with daddy issues is one who longs for a protective, older male figure to fill the emotional void left by her inadequate father, but a series of frustrating, self-defeating mistakes in her choice of partners and her makes behavior due to her complex mental health issues.

Today, however, the term has morphed into a form of sexist posturing in which men use it as a catch-all term for any social or psychological behavior they find too difficult or uncomfortable to deal with. Take the top definition of ‘dad issues’ on Urban Dictionary , for example:

Whenever a woman has a crappy relationship with her father or no father figure left during her childhood, this can lead to an adult relationship they enter into, usually to the chagrin of some poor man in their life.

My goodness, I get home a minute late and my old lady wants me to sleep on the couch. She’s got some serious daddy issues.

The definition is useful in making two important points about the current use of the term: (1) it portrays men as victims of women’s wild, unpredictable, and irrational moods, and (2) the behavior described need not even be related to the woman’s relationship with her father. Crazy because your partner is home late? Must be daddy issues.

The couch anecdote is a made-up example, but it illustrates how the term is constantly used as a dismissive barb against women. and certainly not out of sincere concern for their mental health.

I asked women who have been accused of having daddy issues for reasons as varied as being picky about their dating, feminist politics, and quickly moving on end of a relationship , dating women, and wanting more emotional support from their partners.

Moreover, even women who are really struggling with the lasting effects of their poor relationships with their fathers report that the term is used to dismiss and illuminate them. For example, 22-year-old Haley cut her emotionally abusive father out of her life when she was in high school and told the whole story to the man she dated in college.

Down the street, I started catching this boy in lies about other girls, she said. Every time I brought it up, he would twist the truth, so I let it go. When I suspected it was him cheating on me He told me I needed to go to therapy because I was projecting my ‘daddy issues’ onto our relationship. Well, it turns out that he was Was deceives me.

3. Does calling a guy ‘Daddy’ in bed have anything to do with it?

The latter is most evident in the to be seen cultural trend in which women refer to their sexual partners – or even just handsome male celebrities – as daddies. Jeff Goldblum, for example, is a perennial favorite, as is Idris Elba; But a growing number of women are open to calling their partner Daddy in the bedroom, or even in the privacy of their own relationship, semi-seriously.

There is, however, a significant difference between women who intentionally play around with the idea of their own daddy issues or choose to call their sex partner daddy (seriously or not) and men who diagnose women with daddy issues in order to dismiss their feelings or not take their concerns seriously.

Accusing women of having daddy issues when they show normal emotions or express their needs is part of a broader sexist trend of accusing women of being overly emotional and unreasonable even when they are not. It’s time for men to think more carefully about the term daddy issues and save the psychological diagnoses for the professionals.