We all know from school history that from 1949 to 1990, Germany was actually divided into two states, the FRG and the GDR. We are an international dating site, not a site dedicated to the history of Germany, so we will not tell the story of the events preceding the unification of Germany. We would like to dwell on the meaning of this holiday for the Germans, and note that knowledge of the holidays and traditions of the country of origin makes a good impression on a man when he gets to know him. After all, each of us is pleased when a man from another country is not only interested in the culture and history of our homeland, but even knows something about it 😉

There are no special traditions associated with the celebration of German Unification Day. Although German Unity Day is an important event not only in the history of Germany as a state, but also in the lives of many ordinary families – this day is celebrated rather modestly. Compared with, for example, the celebration of Independence Day in the United States or Bastille Day in France. The center of the holiday, by right, is Berlin, where on this day there are various political and cultural events. In some major cities in the country, there are also concerts or public festivities, ending with fireworks.

Remaining symbols of the Cold War in modern Germany

“Cold War symbols in modern Germany are tourist attractions that recall a time of confrontation between the ideologies of East and West. 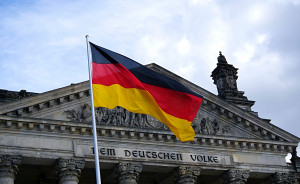 The Berlin Wall is probably the most famous symbol of the Cold War. It was built in 1961 and, for 28 years, divided Berlin into two parts: Western and Eastern. While it was forbidden to come close to the “Eastern” part of the wall, the “Western” part of the wall became a place for free expression of street artists – it was “decorated” with all kinds of graffiti. Some highly artistic “parts” of the wall are known throughout the world and have become part of history, a symbol of the reunification of Germany. The fall of the Berlin Wall took place on November 9, 1989. The boundary of the Berlin Wall can still be seen today – a line of granite paving stones that runs through the center of the city.