A girl proposes to break up… Maybe she made a joke, said it in the heat of the moment? There are many thoughts running through your head at this moment, from the high-flown “life is a mess” to the mundane “no one to iron your shirts. Turn on your cognitive analysis and figure out what the girl means and how to proceed.

Girl proposes to break up: what does it mean?

If a girl wants to break up, the idea of getting drunk or forgetting yourself in the arms of another is a good one, but not the best one. First, wake up the psychologist, analyst, and strategist in you to figure out the reasons, which can be at least three. 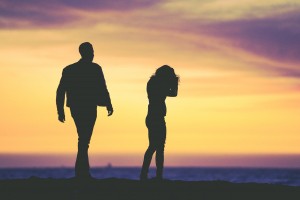 With the words “That’s it, I’m tired, we have to break up,” flying from the lips in a moment of fervor, they do not leave, but show emotion. The content of such “we need to break up” can be anything – I want to hold hands, I want a fur coat, not enough sex. Or banal PMS with his unmotivated destructive desires. Or the girl is testing you for manipulability. Or she develops the practice of training (she left, you rushed after her to fulfill her desires).

You have to be a sensitive partner who knows how to understand the moods of your “soulmate.” If the relationship is generally good, without “mutual pains, troubles, and resentments,” as Linda wrote, there is no threat. How to get out of an awkward situation when you were kicked in the heel, we will talk below.

A pause in a relationship.

If a girl has offered to break up, saying “We need to take a break, live separately, sort ourselves out,” don’t panic. That’s probably true. Women are brave and straightforward creatures. They say what they think. A pause means a pause. Now she doesn’t want to continue the relationship for some reason, but for some reason she can’t dot the i’s and cross the i’s.

Only you know why the girl took her toothbrush (but left some stuff behind) and went off to sort herself out. It could have been an argument over nothing. Or she got bored in the company of your hopeless attempts to diversify your leisure time. Maybe you bent the line and didn’t consider her opinion. In general, be thankful that she did not stick a note with the words “I can not more, sorry,” and disappeared into oblivion, as one of the suitors Carrie from “Sex and the City”, and honestly talked to you, although it left behind a slight sense of reticence. 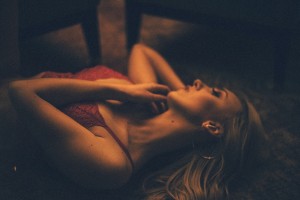 Sometimes girls decide to break up seriously, having accumulated enough reasons to break up or, worse, having met a more convincing male. The important thing to understand here is this. A girl who goes nowhere is tormented by doubts until the very last moment. And at this very moment, while she is weighing and analyzing the correctness of her actions, everything can be changed. There are stories when a man becomes a real alpha male and the girl is hooked.

If the reason for leaving was a competitor who apparently beat you to it, there’s virtually no chance. At least as long as they’re still in the candy period. But something can be done in this hopeless situation.

Girl asked to break up: how to proceed

So she set up a showy breakup by turning on the “it’s your fault” option. If your fault is real, and she was appetizingly eating your brain about it – take note of the whole list of reproaches, put your eyes down, and hug her. Basically – the incident is over. The question – do you need such a bitch, which will continue for every transgression to point at the door or slam it loudly? If you need one, bend over. Admit your guilt. And if you don’t, dominate the girl, get better, stronger, and taller. If the forks to leave happen regularly and on an even keel, let her know that the door opens one way.

Don’t take her irrational lamentations to heart, but pay attention to real grievances. In the absence of real grievances, firmly and confidently cut off the manipulation.

Now about the pause in the relationship. Remember this: a pause is not just a pause. If a girl says “break up for a while”, you should understand that after that time her ideas about you won’t change fundamentally. The problem will not resolve itself. The past with all its offenses will not go anywhere. So now, during the pause, it is important to push hard to resuscitate the relationship. And if you continue to be a “stooge” and “dog”, even the newly flashed after separation feelings will evaporate faster than boiling water.

Find out what caused the “pause.” Admit that you didn’t meet her expectations. Let her know that you value the relationship and want to keep it. During the “pause” continue to be attentive, caring, and considerate.

Half the time, the pause ends the relationship completely. Nevertheless, 50% is a good chance not to give up.

If a girl wants to break up for good and not announce it not in the process of breaking sets, but over a cup of coffee in a cafe, where she invited you herself, probably the idea nurtured long and thoroughly. Approximately three months, according to psychologists. Here it is important to understand whether the horse is dead or not. It’s time to get down or you can spur. But do not go overboard, turning from a “normal young man” in the pissed wooer, who shows the highest degree of care and attention. Maintaining the degree of maximum dedication (time, money and effort) for a long time will not work, and she will still leave, having certainly enjoyed your gentlemanly agony. 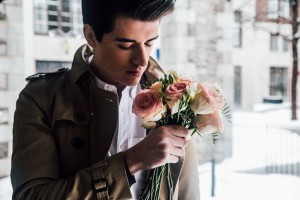 If the reason for the breakup was another young man, save face by wishing her happiness. Demonstrate that you respect her choice. Let her know you’re ready to resume the relationship. Thank her for everything.

To save face in any situation is a quality that many modern men lack. To “save face” means to look like a winner even when you actually lose.

Broke Up With Your Girlfriend: How To Forget And Get On With Your Life

Let go of the past – get the future. This is the answer to the question “what to do if a girl broke up with me”. Start small – delete her phone number, unfriend her on social networks and stop following her there. And here are a couple more practical tips under the heading “broke up with a girl, how to forget. 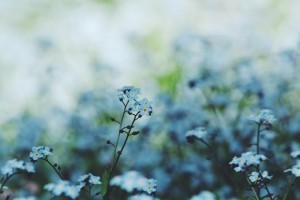 So, if a girl offers to break up – don’t believe, don’t be afraid, don’t ask. “I respect your decision, but I want to keep our relationship,” is your answer that will at least discourage her. And even if it’s serious and she does leave, remember, life has no dead ends. There are traps that we drive ourselves into. And only he who looks up conquers the top.