He likes all your photos, tirelessly texts and reads classics with an expression. For all his virtues, one thing embarrasses you – the guy doesn’t like you or even dislikes you. Do not like it – reject. You can do the “turning away” in a competent way, without offending anyone.

How to say no to a guy in a relationship: strategy and tactics 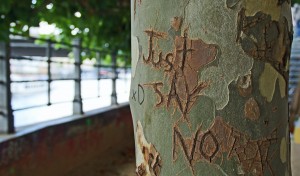 It’s good that you’re wondering how to turn a guy down so he doesn’t get offended (how do you even know if a guy likes you – here), many people don’t think about it, assuming rejection is an everyday thing. That’s just the way it is in nature. Spring is followed by summer. After the rain, the grass turns green. The guy proposes and the girl refuses. It’s true, you can ignore it and be like everyone else. There is another option – to blow the guy off in the right way.

I don’t deserve you.

Besides, the guy’s not bad. He’s caring, he’s diligent, he’s homely. Not gay. Pays his own way to the cafeteria. He irons his shirts. But he’s just too much to handle. In every sense of the word, you have to blow off an exemplary guy gently – with a straw, with the right words, without hurting your ego.

Saying “I’m not worthy of you” to a guy is a nice way of saying no. Let him know that a model man like him is worthy of the best girl in the world-not you. Insist that the best course of action in the relationship is friendship. This good guy probably with all his inherent heroism and dedication will try to “dissuade” you. Be unwavering: “You – an example of the perfect man. And you are worthy of a loving and devoted girl. I’m not that kind of girl. We’re better off staying friends.”

There are no vacancies. 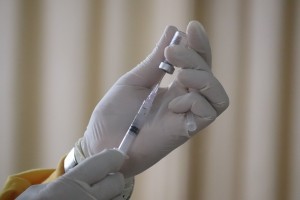 Another way to blow a guy off nicely is to insert, between compliments, “My heart belongs to someone else. The heart wants what it wants. I love one guy who’s a cripple. And you, of course, are a man in demand. That’s it – full of confidence, energetic and inspired – and you should leave a man. True, there is a danger that the “perfect” will try to fight for your heart, that is, from the sluggish suitor will become active.

It happens that “exes” come back: they’re sad, they remember, they want to. The exes usually come back beautifully – with a penance, a bunch of flowers, and a picture of a bright future. And just at the moment when you finally stopped crying and decided to start a new life. Whether you should give a second chance or not, depends on the situation. If the situation is untenable…

Option one is gentle. A polite way of telling off a guy who once drove a tank over you is, “Thank you so much for leaving. It’s the only reason I met the man I fell in love with. Sorry, there’s no room in my life for you.”

Option two is tough. Coldly and aloof, with a sense of barely concealed boredom, report: “You know, you were not much of a lover. Only after comparing, I realized the difference. Now I won’t settle for anything less.

A friend was suddenly…

If a friend turned out to be suddenly an underground admirer who gathered courage in his fists and stunned him with a proposal to date, apply maximum diplomacy.

You already know that turning down a guy in a relationship nicely is a boost to your self-esteem. Invite your friend to a private meeting, take his hand, look him in the eye, and say, “I appreciate our friendship. There can be a lot of guys. Friends like you are one in a million. Let’s continue our friendship. We were so good at it. Especially since there’s no passion between us.” Have no illusions – it is unlikely that you will remain friends. By the way, are you really sure that friendship is not the basis for a relationship?

Linda wrote, “A good marriage rests on friendship.” Indeed, the foundation of a relationship is trust, understanding, and respect–essentially friendship. Relationships driven by emotion, attraction, and passion are called delusions by psychologists. These are transient feelings that are insufficient for a strong union.

How to blow off an annoying guy: all means are good

If a guy doesn’t take no for an answer from the first or tenth time, but continues to bend his line, put diplomacy in a drawer.

If you can’t blow a guy off gently and exhortingly, turn on ignore. It gets through the impenetrable. Live as if he doesn’t exist, and he’ll cease to exist for you pretty quickly. You can count on the fingers of heroes who talk to walls.

Or vice versa – concentrate on the stickler. Demand, be jealous, throw tantrums. Bring down on him all the unbearable weight of character – and from the annoying will be left only glittering on the horizon heels. And if he did not rush away – take this treasure in an arm and take him to the registry office.

Speaking of the registry office. Tell the obsessive that you dream of a bunch of pink-cheeked kids. That you want to live in a big house with all the family up to the third tribe. That you sleep and see your spouse chirping sweetly in the kitchen with your mom. Guess where the annoying suitor will be tomorrow? On the other side of the earth.

The problematic one is yours.

There is an urgent need to make repairs in my mother’s apartment. A sick grandmother needs care. Her salary is only enough to buy food, and she needs to be treated at the skin clinic as well. The vast majority of guys can’t handle that kind of burden. And if they do, cynically draw the line: “You know, I need a man who will solve all my problems. Yes, I’m a mercenary bitch, so stay away from me.”

How to blow a guy off beautifully in any situation: from texting to the street

Saying no to a guy without offending him is simple in principle. And you can do it in any situation, except the one where the guy doesn’t get it fast.

Reel off the web fishing line.

Dating sites, whose rankings you can read at the link, are a unique thing. Here it is convenient not only to get acquainted, but also to break up. The fervor of the web-partner can be cooled by the message that you have a boyfriend. When asked “Then what are you missing here?” answer “I’m hanging out with friends. You can beautifully blow a guy off by pen pal with various lies for good: “Sorry, I realized I’m a lesbian,” “Mortgage and three loans – can you help?” “I’m getting treatment from an STD doctor.” Write whatever you want. Or don’t write anything at all. You can do anything on a dating site.

Hey, passerby, come on in.

You’re about to learn how to blow off a guy who, having taken a pickup course, is determined to meet you on the street, at the mall, or in any other crowded place. First of all – a reference to the rush and busyness: “Sorry, I’m in a hurry. If the stalking continues, bring in the “male shoulder”: “Do you think it’s okay for a married girl to meet guys on the street?”, “Are you sure you want to meet me? I have a great guy – handsome and muscular. I can introduce you.” Proved that suitors disappear at the speed of dissolving sugar in boiling water, smelling the spirit of a potential boyfriend. At the very least, you can pretend to be transgender or crazy.

Deny him a date.

Denying a guy a date can be done by citing busyness: “Unfortunately, I’m busy studying (working, raising a child, volunteering at a shelter) and I’m not going on a date right now.” Perpetual busyness tactics work just as effectively as ignoring them. The format of a strictly business relationship can be stated as follows: “I would love to have dinner with you/you, but I’m spending my dinners with my boyfriend. You can confine yourself to a neutral phrase: “For a variety of reasons I can not accept invitations. And no “Maybe next time.” He’ll think he wasn’t persistent enough.

And we come to the formula for “turning a guy away” that every girl should memorize. It’s the universal answer to the question of how to say no to a guy so he doesn’t get offended. Memorize: “Compliment. Program. Compliment.”

“You’re handsome and smart (compliment). But I can’t go out with you (program). I’m sure plenty of girls are dreaming of going out with you (compliment).” Blend in beautifully, leaving behind not broken hearts, but transfixed hearts.

How not to say no to a guy: 3 popular girl mistakes

Everyone makes mistakes, but a girl who rejects a guy should act like a bomb squad in a minefield. At the very least, you definitely shouldn’t make these mistakes:

He’s got your back, and you’re being mean to him? A guy with a grudge is dangerous. Good if revenge turns out to be just gossip behind your back. How to say no to a guy so he doesn’t get offended, you now know. Through a compliment.

You say, “There can only be friendship between us,” but you wink your eye and twitch your leg playfully? Of course, the search for phrases on how to blow a guy off beautifully will become endless. Be consistent in your words and actions.

“You know, I like loneliness. It nourishes and inspires me. And what’s the feeling of freedom? It’s inspiring. Independence is my life principle. I chose this path and I’m going that way.” If you try to get out of an awkward situation through “many letters,” you’re pulling the cat by the balls. Put more substance into the text.

It feels good to be in demand. So repay it in return. Pump up the self-esteem of the guy who pumped your ego with his attention or feelings.