How To Refuse a Girl? We corresponded, we met, the real diverged from the desirable. The gorgeous blonde turned out to be a gray mouse with zero breast size. True, you’re the only one who got it wrong. She fell head over heels in love. Oh, yeah. There was also sex, and she was rubbing the sleeve of her blouse, and her eyes were downcast, waiting for a proposal. Let’s talk about how to beautifully blow off a girl in this and not only awkward situation.

We corresponded, we met, the real diverged from the desirable. The gorgeous blonde turned out to be a gray mouse with zero breast size. True, you’re the only one who got it wrong. She fell head over heels in love. Oh, yeah. There was also sex, and she was rubbing the sleeve of her blouse, and her eyes were downcast, waiting for a proposal. Let’s talk about how to beautifully blow off a girl in this and not only awkward situation.

How to refuse a girl ecologically: every man has the right to refuse

To refuse a girl love or sex is at the very least an insult to her self-esteem. Historically, the right to consent or refuse is a woman’s. And when she, a woman, becomes the active party, she has to transcend not only tradition. Reputation and honor are at stake.

The rejection she receives, an unbridled predator, turns her into a naive girl whose virginity has just been abused. In this light, the task of refusing a girl and not offending her is almost impossible. But if you’ve decided for yourself that you don’t like, don’t need, and don’t want, then you shouldn’t and don’t have to.

Decide – say no. I’ll tell you how to politely turn a girl down. Remember the international ethical principle of “treat people as you would have them treat you” (“don’t do to others what you don’t want done to yourself”). You don’t have to tell a girl she shouldn’t look at fat girls. Think about it, if they charge you in the forehead – “you got a little one.” Psychotrauma. Anyway, cutting the truth from the shoulder is not a good idea. Turning on the bastard in the hope that the missus will self-destruct is also not a good idea. Yeah, that’s not gonna happen. She’ll turn on more. “It’s no fun to love a good man,” even John wrote.

Turn on the fool.

If anyone is to be included, it’s the fool. For all of her body movements, talk nonsense in the blue eye. Invites you to her place – tell her she needs help cleaning up her closet, she’s not a young woman after all, and she used to be able to stop a horse on the gallop, not like now, she’s completely helpless. Invites you for a walk – say that the walk is cool, that you like to walk with friends in the park and regret that little time with them. We should see each other more often, or better yet, not break up. On the fifth sentence, the girl will snap. No complaints. Maybe she’ll wag her finger at her temple.

Or as in Transmetropolitan – “Married, not hungry, infected with seven unknown diseases, lesbian, pregnant with lizards and clinically dead. Say a mortgage or even two. Alimony for three kids. In love with someone else. Or in love with someone else. That’s why you’re drinking like crazy. And if you do, it’s only for fat women (Asians, older women). It’s better to be known as a weirdo than to offend or give false hope. Lying is one of the best ways to blow a girl off without offending her.

Enough balls – you can be clear and to the point. “Don’t like it, don’t want it, won’t do it. Thank you, au revoir!”. Possible side effects (often) – drooling, tears and snot. Potential complications (rarely) – blackmail and threats. So the girls say, “Cut off your shoulders. Don’t torment us. Her end of the world will be over in three days. And, remember, yes, the heart-to-heart talk is not about her small breasts. 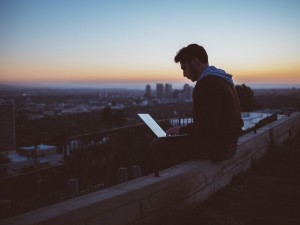 The last resort is ignore.

If you do not understand the hints, the mortgage is not afraid, in response to your “I do not love, I do not want” puts forward an ironclad “will get along, will love” – ready to attack and besiege despite everything – turn on ignore. Disappear and dissolve. Don’t answer and don’t pick up. The excitement will pass, and the active dominatrix will switch to the next one. Ignore is in principle a humane and effective initiative. By turning on ignoring, you give the girl a chance to cool down, to think about it, to think it over, and to formulate everything comfortably for herself.

How not to refuse a girl: forbidden and ineffective techniques

Now let’s talk about how to refuse to date a girl and remain an asshole, a meanie, or a man with no balls in history. There are a lot of ways like that. Let’s take, for example, this technique of blowing a girl off by correspondence. First, she will read between the lines and understand not what you wrote, my friend Shoun. Secondly, it will leave an aftertaste – “what a woman”. And the tangible proof of that is a snotty letter. Convenient, of course, but are you a man at all?

Stop flirting. Leave all those long glances, ambiguous conversations, and casual touches for the girl you love, not the girl you are unrequitedly in love with. Maximum effort should be aimed at creating a strong sense of confidence – there can be no relationship. The weakest sprout of hope she diligently nurture. To blow a girl away, phrases with the right words can be picked up with the most meager IQ. 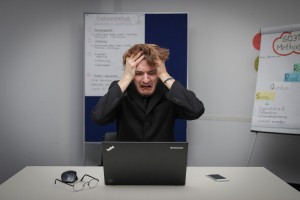 Sometimes guys try to blow a girl off by scare her off. “I’m not worthy of you – a creep and a cattleman,” “You can’t even imagine what a horrible person I am,” “I have a lot of problems now – mortgage, alimony. Believe me, there are no shortcomings that a woman in love can’t accept. There are no hardships that a woman in love would not be willing to endure. Evaluate girls in love adequately – willing to do anything. Through fire and water.

“Let’s stay friends” is not an option either. Don’t even hesitate to become your best friend. He will surround you with care and tenderness. Reach out a helping hand in a difficult and not only minute. Will regularly offer friendly sex, friendly shopping and no less friendly weekend with his parents. In general, your offer of friendship will be accepted and used against you.

It’s nice, of course, when sex is at hand. And it’s a shame to miss such an opportunity. But you have to. Resist that insidious notion that you can do it just this once. You can not. You can’t sleep with people you’re going to blow off. That’s sex without commitment. She’s gonna be committed for ten years. Even in these emancipated times, sex is more for women than it is for health. And there are rarely exceptions. 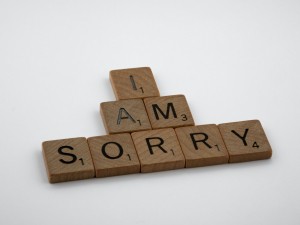 Bonus: 5 tips on how to say no to a girl in any situation

It’s not just about relationships and sex that you can gently turn a girl down. You have every right to refuse to buy a girl a fur coat or not bring her the fifth mug of coffee. But it’s worth understanding the following. Asking a woman to make coffee, fix a car and buy tampons is forced by her slumbering instincts. You are the active male, who has to carry food and in any other way demonstrate ability. She is the waiting and accepting female, testing you for strength.

That’s why she makes requests of varying sanity to you (“You’re out of pads – do something about it!”). And just try to say no. At best you’ll have to listen to a story about how you don’t love her. Not ruled out the option of leaving her for another, more adventurous male. And why say “no” when you can blow the girl off competently in any situation.

Often the young ladies will state requests in the form of thick hints. “Oh, what a lovely Birkin handbag! Agree that the purse is indeed lovely (the fur coat is gorgeous, and the Maldives is a great resort). No one is asking you to buy it, are they? Why not agree.

Never forget that girls are compassionate and pitiful creatures. Just tell her you’re willing to do what she asks, but you really, really don’t want to do it. “Honey, sure, we’ll go to your mom’s. Well, her, that bathhouse. Although, of course, I wanted so … Even dreamed today, how I steam, relax, get rid of the weight accumulated during the week … No, come on, it’s not tears.

To say and not to do.

Sometimes you can turn on the “sclerosis” option of promising and not doing. “Of course I’ll fix it,” “Of course I’ll buy it.” After all, we can all be forgetful and absent-minded at times. The main thing is not to abuse it.

A sentence beginning with “It might be better…” (“How would you feel about…”) can replace the word “no” in almost any situation. “Run out of apples. Go out and buy some.” “Honey, how about I make you some coffee and download a new episode of your favorite show?” Think about the content of the counter-offer – so that the alternative doesn’t turn out to be a pain in the ass. What if he agrees?

Find an argument against

You would certainly buy her a mink coat, but natural fur is bad for the immune system and causes dermatitis. And, just imagine, they use formaldehyde and formalin – carcinogens! No, you do not intend to ruin her health with your own hands. In any situation, you can find a strong argument against it.

To blow off a girl who’s hitting on you and leave behind a pleasant impression is from the realm of fantasy. But you should at least try. Cleaner karma makes life easier.