How to start chat with a girl on a dating site? Gender differences often look like barriers to happiness. What are the differences between men and women? Are men really from Mars and women from Venus? If you do not understand how to start communicating correctly and beautifully, how to talk to a girl you like, how to make contact and what funny things you can tell a girl – this article is for you. I share the principles and rules of communication with a girl.

Top correct phrases in communicating with a girl

How to communicate with a girl you don’t know. The psychology of communication

Techniques for communicating with any girl

How to cope with uneven communication

How not to communicate with a girl

Top correct phrases in communicating with a girl in dating site

Let’s start by telling you what women and men have in common and what they differ in – that way it will be easier to orient yourself with a comfortable and workable communication strategy. Women are not from Venus and men are not from Mars. 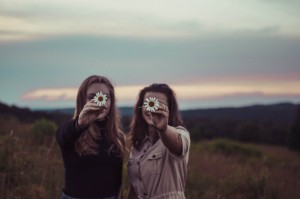 Our brains are arranged almost identically, except for proportional differences in some parts of them. This means that we react and act in similar ways and can quietly understand each other. But women have more gray matter directly, which makes her a person more prone to empathy and reading emotion. This is why you should call a girl affectionately and bring her to tears with pleasant words. This is explained by the fact that the female body is sharpened for procreation: these two skills are as important as the maternal instinct and the more obvious physiological differences between women and men.

This distinction provides some difference in perception: women are physiologically predisposed to emotional perception better than men and, on average, use it more often. This does not mean that any woman is more emotional than any man. It means that she has a certain “starter level” in the form of predisposition, which she may not have picked up during her life. At the same time, there is nothing stopping men from pumping emotional intelligence, and some do.

Another difference that is superimposed. Socio cultural stereotypes that we all learn from our upbringing. There is nothing we can do about it – it is embedded in the mentality on many different levels: from the universal to the traditions of a particular family. In most cases, girls are raised to be kinder and gentler (often weak), and boys are raised to be strong and unemotional. We were not so different when we were children, but because of established social dogmas we grow up to be noticeably different.

So women and men are different. And the same. They are alike and dissimilar at the same time. Yes, men sometimes have a hard time understanding how a girl thinks. But she’s not a different species, so don’t put differences at the forefront: You can always find a common language, remember that..

To learn how to communicate confidently, use phrases in dating that are always perceived correctly by women.

Judging by the answers of the girls themselves – certainty and simplicity. In most cases guys don’t weave intrigue, don’t put extra meaning into words, don’t wait for one reaction while asking for another. It’s easy and good to have a dialogue with them, whether it’s a simple small talk or a romantic conversation. 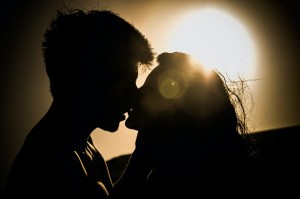 Because of their lesser tendency to be emotional and their upbringing as more straightforward people who tend to say things straight, Guys are really easier to talk to..

The adolescent period also plays a role here: boys usually learn to conflict directly, while girls get a taste of intrigue and conspiracy behind someone else’s back. One way or another, this tendency often persists into the future, making life much more difficult for both.

Guys often lack flexibility while girls lack straightforwardness. It is because of this that a guy’s communication with a girl seems to be an unusual mystery, while a girl, communicating with a guy, rests from the complexities of female communication.

Guys are loved for their determination, straightforwardness, and more balanced character. They often help not with words but with deeds, expressing an alternative view of problems that a girl might not think of. With a guy, a girl is not afraid of being misunderstood: he will take into account exactly what he hears and will not try to put any additional meanings into it himself, as often happens among girls.

And of course, Girls love guys for their attention.. For the opportunity to flirt. For the very fact that it is an unfamiliar interaction, unlike interaction with one’s own gender. And on this point the opinion of both sexes agrees.

How to communicate with a girl you don’t know. The psychology of communication.

The task of making an unfamiliar girl talk in order to make her like you and exchange contacts with her for further communication seems unreal to many. However, it is quite feasible if you know the basic rules. 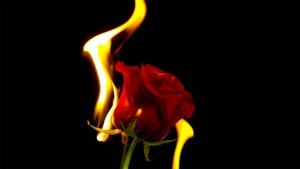 If you too are wondering what to start a conversation with a girl and what to talk about when you first meet her, then this little unit is for you. 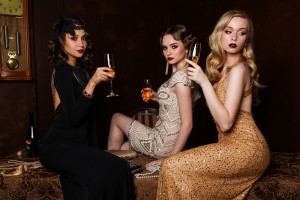 Internet dating is the easiest of dating. Both people feel safe: each of them is in their own space, no one breaks into the physical boundaries without an invitation.

All you have to do is just write a girl something not trivial. Not necessarily immediately related to her, but something more interesting than “hi, how are you? Intrigue her into answering the message.

Another benefit of online dating is the opportunity to think things through. And the opening phrase, and every reaction. The girl is more comfortable with the reactions – she may not answer immediately. Pauses in communication are perceived normally, which in a live, personal interaction is impossible to achieve.

If you’re writing on a dating site, you can drop absolutely any hook because that’s what a girl comes to this platform for dating. With social networks like Twitter, Facebook the story is a little different. If you decide to start corresponding with a girl on Facebook, it is better to explain who you are and where you came from. There she may not have intended to get acquainted, and therefore the likelihood that she will respond to a “meaningless” message from a stranger, rather than send it to spam, is much lower.

Phone calls are becoming less and less common – most questions are more conveniently solved via messenger. Phones are more often used by lovers or friends separated by distance. 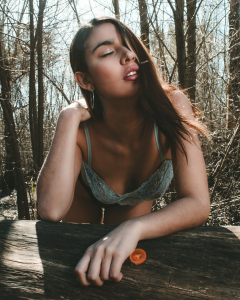 So there is only one successful strategy here: introduce yourself, explain how you got the girl’s number and honestly say what you wanted. Preferably, also succinctly. There is a chance that the girl is distracted by your call and it is not too convenient for her to talk now. So speak clearly, concisely and to the point.

Try not to mumble, not to get into a jabber, and not to rush through your thoughts. This approach in phone calls is very dispositive.

A technique for communicating with any girl.

Let’s say at once: there is no pill. There is no single strategy that will help you communicate with anyone. Girls, like guys, like people, are different. And they’re alive. They are not like a mechanism to which you have to find a code or a key. It doesn’t work that way.

All you can do is follow the rules of communication and hope that you match the person’s interests and characters.

Here are the basic ones:

How to deal with uneven communication

Misunderstandings in communication are not new and are generally normal. When two people with different experiences, views, and frames of reference meet and try to interact at a level that is closer than neutral, it is very likely that something will go wrong. You have to be a confident man and be ready for difficulties.

If you feel that communication with a girl has become strained – ask directly what is wrong. To avoid saying “nothing” in a maximally offended tone, be caring and remind the girl that you care about communication with her, you really want to know and figure it out.

Don’t push too hard, but initiate the “debriefing” yourself. If she didn’t tell you what’s wrong right away, it means she’s having a hard time doing it for some reason.

Negotiate an interaction. Outline your levels of dissatisfaction and ask the girl to do the same. Agree that everyone will speak up immediately and calmly if something is wrong. After all, you’re not each other’s enemies, and it’s in your own best interest to get along.

How not to communicate with a girl

The most common problem girls have with young men is objectification. They are still often perceived as an object, often an automaton for pleasure, to which one can pick up the key. But this is not true, and until clones are invented, all girls are living people who want to be treated accordingly.

To communicate confidently with a girl, you need to exercise often. To do this, you can go to the ranking of the best dating sites and start practicing!