On the second Sunday in May, Germany, Austria, and Switzerland celebrate Mother’s Day (Muttertag). This day is dedicated to all mothers and women about to become mothers. It is an occasion to express your love, gratitude and respect for mothers.

The date of celebration changes every year. For example, in 2017, Mother’s Day is celebrated on Sunday, May 14.

Mother’s Day in Western Europe is a kind of equivalent of March 8, but there are significant differences between the two holidays. First, Mother’s Day is not celebrated on the same scale in Europe as March 8 is in the former Soviet Union. Second, this holiday does not just refer to all members of the fair sex, but only to women who have experienced the joys of motherhood. Recall that March 8, like February 23, is not celebrated in Germany, Austria and Switzerland.

The tradition of “Mother’s Day” has its origins in America. Beginning in 1914, it gradually spread to various Western European countries as well. In 1917 “Mother’s Day” came to Switzerland, in 1923 to Germany, and in 1924 to Austria. 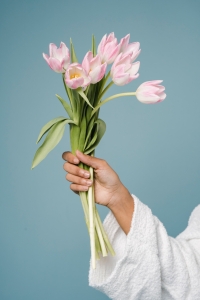 An interesting fact is that the “founder” of this tradition in America, Anna Marie Jarvis, after several years of celebrating Mother’s Day in the United States, was disappointed in the form that the originally noble idea of a day to remember and honor mothers had taken. The holiday had lost its original meaning and had become a “commercial” holiday – just another excuse to spend money on expensive gifts and restaurants. For this reason, she began a “struggle” to abolish Mother’s Day.

On this day, in Western European countries, there are no celebrations. Instead, it is customary to spend time with the family. Mothers are given flowers or other small gifts. Schools hold classes specifically for Mother’s Day, in which children can make their own gifts for their mothers. However, the most important thing is the children’s attention and care. All household chores on this day fall on the shoulders of children and husbands.

Western European tradition has not forgotten about men. Fathers have their own day of the year. Father’s Day. (Vatertag). It coincides with the religious holiday of Ascension (Christi Himmelsfahrt) and is celebrated on the 40th day after Catholic Easter (for example, in 2017 Father’s Day is celebrated on May 25). Similar to Mother’s Day, this day is dedicated only to fathers, not to all males (like February 23, as we are used to). Father’s Day in Germany is an official day off.