How To Tell If A Guy Likes You? They say actions are more important than words. But we want words. Especially the ones about love. Unfortunately, boys rarely admit to girls even their sympathy. And we girls rack our brains, “I don’t know if he likes me.” Don’t break anything, but rather read. I will try to explain on my fingers what he means when he is silent like a partisan.

How to know a guy likes you: look at him carefully

Your point of reference is body language. In a couple of minutes you’ll learn a lot, if not everything, about him. Sign language is perfectly mastered by animals. It’s a language people use. Including you and him, the guy we’re going to expose right now.

Whether you can see a reflection of the soul in his eyes is debatable. But signs of sympathy definitely have a place there. There’s no mysticism. It’s just chemistry. Endorphins make the look shimmer, warm and expressive. It is impossible to confuse this look with anything else. The “scanner” look. A transversal desire to know you more and become closer to you. 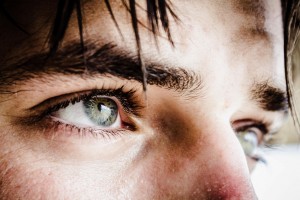 The second point is that he is “staring” or “gawking.” We always stare especially at what we like. As often as possible and for as long as possible. Think of a sunset or a new smartphone – it’s impossible to take your eyes off. Of course, if we’re talking about a shy guy, he won’t look carnivorous. He’ll be sneaky. And drop his gaze to the floor when your gaze crosses. Which, in general, also speaks volumes – the fuse.

Something about his soul, other than his eyes, will tell you from his gestures. Let’s talk about some of them. And if you want to know more about it, read Allan Pease’s book, Sign Language in Love.

Silent as a partisan, but he can’t control his body. The familiar, the unfamiliar, the promiscuous, the modest, the characterless, the willful-all are equally helpless before the will of nature, which does its best to unite our bodies for the sake of reproduction. And we continue our conversation. 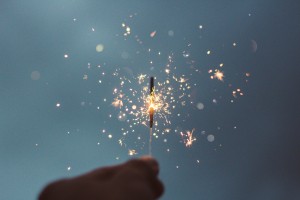 Behavioral psychology: signs that a guy likes you

Meaningful “staring” and primitive communal gestures aren’t all the things a guy who hypothetically likes you is good at. If all of the following add up, it’s time to make a guy fall in love with you.

A million likes: how to know a pen pal likes you

No looks, no kinesthetics. Online is a different story in which some things can only be understood by correspondence. Let’s discuss its nuances. Note the…

Probably the only thing you shouldn’t take personally is the likes on photos. However, if you like every photo except the ones of you and your ex, that’s also a signal.

It’s just getting started: How to know if a guy at school likes you

Age adjusts men’s manners slightly. Your classmate or a student from another class-someone who goes to the same school as you-will behave just like the young men we talked about above.

A lot depends on the boy, of course. One kid’s a real go-getter. The other goes around and around until graduation. It’s not an age thing, it’s a human character thing.

Astrology has its own opinion on this matter. To trust this opinion or not is a personal matter. Life experience shows that the stars will not advise bad things.

How do you know an Aries guy likes you?

Aries is not ceremonious in expressing his likes – he declares them assertively and aggressively. This hunter doesn’t wait for a convenient or suitable opportunity. He takes the bull by the horns at the very start, saving you from having to guess by coffee grounds.

How to know a Taurus guy likes you

But Taurus is a silent nature. Coffee grounds will come in handy here. Or turn on such an option as intuition and listen carefully to what it tells you. Try to show a little initiative. Taurus “turns on” to flirting when they see the green light. If, of course, they feel sympathy in this direction.

How to know a Gemini guy likes you

Multifaceted and fickle – that’s our Gemini. His behavior changes like the weather. It is difficult to draw conclusions. However, if you notice punctuality, dandyness and unpredictability in his manners, the Gemini is probably interested in you.

How to know a Cancer guy likes you

You can’t figure that one out right away either. He’s as sticky as a leaf, then he’s out of your sight. Cancers are peculiar people, but it’s not hard to figure them out. First of all, interested Cancer begins to study you – ask too many questions. Secondly, turns on the option of hyper-caring. Nice and convenient, what can I say.

How to know a Leo guy likes you

The habits of the Leo who likes you are characterized by caring. Not expensive gifts, which Leo because of wastefulness are ready to give to everyone he meets. But if he spends time on you and provides you with care, then yes, there is something to talk about.

How to know if a Virgo guy likes you

Being a critic of anything and everything, this guy also communicates with the object of sympathy in a sarcastic tone. Don’t be surprised if you hear a comment about being overweight or a bad dress. And give away his innermost feelings burning eyes, a keen desire to help you and call at any time of day.

How to know a Libra guy likes you

Libras “panic” increased interest in their own appearance and uncontrollable excitement when communicating. In fact, that’s all. This hesitant nature will not make any active steps in your direction. Try to take the initiative into their own hands and see what happens. If it will reach out to you, there is a way to move.

How to know if a Scorpio guy likes you

This guy is a pro at controlling feelings. Until he wants to, he won’t give away his innermost thoughts. He’s not without his weaknesses, though. Scorpios always try to cause a strong emotional reaction to the object of sympathy. Even negative. Provocation is his trademark style.

How to know if a Sagittarius guy likes you

See the goal, see no obstacles – that’s the motto of the Sagittarius. Being a straightforward and sincere person, will let you know pretty quickly that the current goal is you. You won’t languish in the unknown for long.

How to know a Capricorn guy likes you

And this one is a hard nut to crack. He’s reserved, he’s not very verbal. But if he looks long and expressive in the eyes, listens very attentively, and regularly appears where you are, that’s a reason to suspect him of not caring.

How to know if an Aquarius guy likes you

He has a wide circle of buddies and friends with whom this companionable soul loves to hang out. And if something went wrong – for instance, your acquaintance doesn’t go to a club as usual, but calls you and chats until midnight – it sure speaks volumes. Maybe even love. Be ready in the near future for surprises that will turn your way of life upside down.

How to know a Pisces guy likes you

Even if he’s head over heels in love, he won’t let on. But the romance will come out of his ears. Maybe read a poem. Or sing songs with a guitar. And in between, get to know you completely. Just breathe you. But, of course, he won’t let on.

What do all these guys have in common? They change. Some change globally. Some change locally. But every single one of them stops being the same. Because instincts are stronger than will. And if you want to know more about instincts, sign up for a dating site. Especially for you, we have made an overview of the best sites. Enjoy surfing!