Stop Being Jealous! Jealousy is a feeling most of us are familiar with. Some have felt its sting only a few times in their lives, while others are jealous almost constantly. But the effect of jealousy as a relationship-destroying feeling is a fact proven by numerous experiences and time. We tell you about whether you should be jealous and control the guy, why women get jealous and how to overcome jealousy of the guy and not to wind yourself up in a relationship.

What is jealousy and why it arises

How to extinguish jealousy and doubts about the guy you love: psychologists’ tips

Stop Being Jealous! How to deal with feelings of jealousy and start trusting a man

To defeat jealousy, you must first recognize it. Do you admit that you are jealous? Often the first problem with jealousy is that the person experiencing it doesn’t notice his feelings fully. “He’s a bastard and looks at others more than he looks at me” and “I don’t like that I don’t get more attention than everyone else” are two very different formulations. If you’re closer to the first for now, you’ll have to start by getting closer to the second. 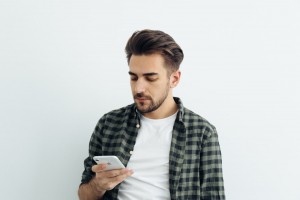 For this to happen, it is necessary to recognize that your feelings are your responsibility. The other person can provoke them, but he cannot control them. Jealousy is your feeling. And it is your task to deal with it. You don’t have to change your attitude toward your partner.

Then it’s worth figuring out what your jealousy is. This feeling can be very different, and to begin with, figure out how objective it is.

Jealousy may well exist only in your mind – that is, your partner doesn’t give a single reason, but you’re still jealous. Don’t be frightened by this turn of events, it can also be worked with. At the very least you can for your confidence win him over again or conquer your feeling with trust.

The first step in replacing jealousy with trust is to examine yourself and your feelings. It’s scary, and it will entail realizations you may not like. It will also lead to conclusions and actions that you may not have wanted in the first place. You may need to talk to your partner.

Beginning to trust someone whose fidelity we have doubted in one way or another is not an easy process. The main thing to be prepared for is that you will never have enough solid ground under your feet. There will never be a hundred percent guarantee that a man is not cheating and will not do so in the future. There will never be a way to make yourself not be jealous of the man you love. Because. Jealousy is your feeling., your internal process, and controlling it is your task. You will either choose to believe or not. Your faith and your choice is the only support available.

What is jealousy and why does it arise 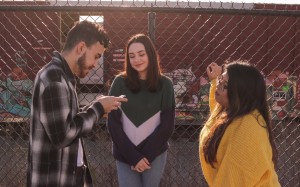 Jealousy is a slightly modified jealousy based on one’s own insecurities. It is the feeling that you are not good enough, from which the constant suspicions are born: your partner will surely choose someone better. Why would he want such an unattractive you when there are so many beautiful girls around. In English there is only one word for jealousy and envy: jealousy. And just their language perfectly emphasizes the true state of affairs.

When a man is jealous, he does not recognize his own merits, his own worth. He is incapable of fully realizing that his partner has chosen him over all others–for his virtues, for his characteristics, regardless of his faults. Chosen exactly as this person is. Agreed with it.

A jealous man always doubts his partner’s choice because he can’t accept the fact that he is good enough, doesn’t believe in it. Because of this, by the way, jealous people often cheat themselves-they are not sure of themselves, and in order to increase their confidence or out of constant fear of losing an existing relationship they go on to cheat.

Insecurity causes subjective jealousy – these are the cases when you don’t understand how to stop being jealous of a guy to all the girls. But there are also objective reasons, which a person provokes by his behavior. If you are not a person prone to jealousy, this can be quickly dealt with, but not the fact that in this point everything is smooth.

Meet the five horsemen of the apocalypse-the most common causes of jealousy:

A jealous girl is a fearful and powerful creature. Most likely, her first thought is not how to solve the problem of jealousy, but how to prevent infidelity. 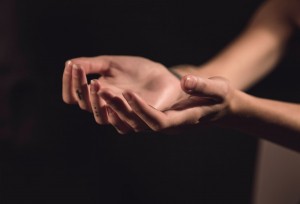 She would move mountains to watch the guy’s every move. She will know more about him than he knows himself. She’ll be ugly ways to eliminate threats, scandalized, nervous, constantly suspecting something and looking for proof of her suspicions. She will look like a bitch. But often this will come out of a search for safety-she can’t handle her jealousy, doesn’t know how to overcome her sense of ownership and how to overcome her jealousy and distrust of her man, so she tries any way she can to prevent him from making a mistake.

Now imagine what such a relationship looks like: The guy can’t even sneeze without her knowing about it. She prying into all his affairs, demanding reports on everything, carefully monitoring his surroundings and trying to influence him. In fact, she just suffocates him, gradually cutting him off from things and people important to him in the name of her own sense of security. Most likely, he will not want to bend to this. All attempts to stop this process will lead to her tears and scandals and will have no result except to increase her suspicions – he doesn’t want to give up his life, so there is obviously something or someone better than her there. Obviously, this relationship will not last long and will bring a lot of misery and a minimum of pleasure.

Getting rid of jealousy should be done for your own comfort. In the name of the very possibility of a healthy relationship-because you can’t have one if you don’t trust each other. If your jealousy stems from an inner feeling of inferiority, then getting rid of it will lead to gaining self-confidence. And this will be a big plus not only for the relationship, but also for the rest of life.

A jealous girl wastes a lot of energy. She has to simultaneously strangle her partner, live under terrible stress and perpetual suspicion, engage in incessant spying, waste energy on scandals and attempts to solve problems through external means rather than by working on herself. Just imagine how much can be accomplished if you put all that resource to good use. You might be interested in saving your energy for such destructive activities. Learn how to get rid of suspicions and not to be jealous. Spend that enormous amount of energy on healthy relationships, careers, hobbies, studies – anything that brings more pleasure and benefit.

How to extinguish jealousy and doubts about the guy you love: tips from psychologists

Psychologists have long given advice on how to learn not to be jealous of your man. And answered the question of whether it is possible to get rid of distrust of a guy. Clients who come with the question “What to do if I’m jealous of a guy to everyone?” are quite a lot. Of course, it is better to go to a specialist on your own to solve the problem, taking into account your peculiarities and the subtleties of your case.

But we’ll share five tips to help you start putting your head and relationships in order and give you a clearer view of the problem and the situation.

Use “me-messages” so that responsibility is properly allocated. Not “you ignore me because of friends and work,” not “you make me nervous when you flirt with others,” but “I worry because you give me less time than I’d like,” “I worry when you show such attention to other girls. That way the responsibility is shared correctly, the person isn’t offended, and you communicate your own feelings and reactions rather than blaming him for them.