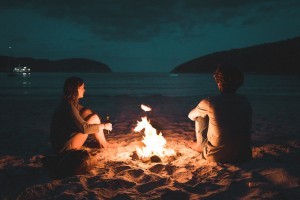 What is most effective pickup lines? Get that date conversation going with these helpful openers

Television and movies have given men an unrealistic idea of romance, just as pornography has given us an unrealistic idea of sex. It’s all fun and games when James Bond seduces a beautiful stranger with a single witty line, but in the real world, actual romance requires more than a few clever words spoken like a magical incantation. The truth is, there are no shortcuts in life or love.

Having said that, you do need an approach strategy as well as a way to break the ice. Despite the last few decades of social progress, it is usually still up to the man to approach and express interest. Sitting back quietly and not making your interest known is a path to loneliness, not a strategy.

To help you move forward and hopefully find some romance, we consulted the experts, from relationship therapists to dating coaches, on how to deal with women and what to say when you do.

Think of them as effective pickup lines rather than canned lines that get stale as soon as they leave your lips. This is a way to connect with someone that piques their interest and creates mutual attraction.

Rule 1: Focus on creating a connection

A truism to consider: women are approached quite often and sometimes by men who have less than noble intentions. This means that many women are on guard and not particularly concerned about being approached by a complete stranger.

This doesn’t mean that you shouldn’t approach or that you should just give up talking to strangers. It does mean, however, that you need to be aware of their boundaries, respect their time, and quickly demonstrate that you are not a lurker who monopolizes their attention and energy.

So how do you differentiate yourself from the crowd? By focusing on genuine human connection rather than a manipulative zero-sum game.

The connection can be emotional, practical, relational, and/or sexual (this list is not exhaustive, of course) and you can be honest about the kind of connection you’re looking for, O’Reilly told us, but a prerequisite for everything you see the other person as a human being, not as a prize to be won.

Even a complete stranger can usually tell when you’re lying, exaggerating, or boasting. And hey, we’re compassionate – we know that approaching strangers and putting yourself forward for rejection isn’t easy.

That’s part of the appeal of the pick-up-line approach to talking to strangers: it’s inherently nerve-wracking, and if you could just recite a script, you might find it easier. And as an added bonus, if you were rejected, it wasn’t so You they refused; It was only the pick-up line!

But this approach will only get you so far, and even if it succeeds, you will have the same fear. Know that it was not You You were attracted, but an artificial person you created to seduce her.

Joshua Klapow , Ph.D., a clinical psychologist, knows the script pretty well: guys spend so much time thinking about what’s best to say or what will ‘work’ that they come across as phony several times. shallow, superficial and self-centered, he says.

Drop the crutch of prefabricated dialogue and rely on your own personality for a change.

Honesty and authenticity have power, Klapow advises. There is an attraction to a person who can speak kindly, authentically and honestly.

This is also a great way to make sure you stand out – after all, there’s only one you have.

When you have decided to approach a stranger, you know immediately that you are attracted to that person. But that attraction can only be physical by definition, as you do not Yes really I only know something about them, apart from obvious looks.

Express your curiosity in a non-invasive way and you’ll show her that you’re not just interested in her looks. It’s also a good way to have a better, more interesting conversation because there are only so many ways you can complement her physical appearance. However, if you find that you have common interests or hobbies, you can keep the conversation lively.

Tina B. Tessina, Ph.D., psychotherapist and author of. Dr. Romance’s Guide to Finding Love Today. Emphasizes the importance of observation as a means of breaking the ice.

First, observe (in a subtle way, not by staring) the lady you’re interested in, ” she says. ‘Find an interesting item of clothing or jewelry and comment on how nice she looks, like this:’ This color looks good on you. ‘Or’ This is an interesting pin (scarf, belt, bracelet). Where did you get it?’

You’re still flirting, still communicating your intent, but you’re also demonstrating your own curiosity and giving her the opportunity to let you down gently or keep the conversation going. If she is receptive, offer a factual response. If she wants to be left alone, get a shorter answer that goes nowhere.

If the lady gives you any information at all, respond to it, Tessina adds. Let her know you are listening by making an interested comment.

Rachel DeAlto, Game The Chief Dating Expert reiterated this advice to us: the best pickup line is to not use a line. Use curiosity instead.

For example, if you’re in a coffee shop and someone is working on their laptop and wearing headphones, you can consider whether or not they want to be interrupted, ” O’Reilly suggests. ‘No one owes you time or energy, and some people don’t want to talk to strangers. Some people just work, walk, work out or run errands and aren’t in the mood for new connections.

If you do Decide to approach, keep it short and simple and don’t go for a lost cause.

If she doesn’t respond to your first or second attempt at conversation, move on to someone else, says Tessina.

This is good advice and prevents you from wasting your time with people who don’t contact you, and gives you a better chance of meeting the people who do.