What Does it Mean to See Someone? How do you define ‘seeing someone’? 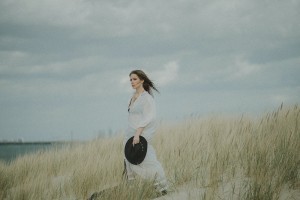 She said, ‘That’s good for me, I’m not going to pull anybody.’

She said, ‘So where does this go?’

I said, ‘In the right direction?’

I was dating this girl for a few months. We meet once, twice, maybe three times a week, and there have been occasions where we’ve extended to a fourth. Sleepovers – you know? Even though it’s been pretty intense, I’m not complaining. It’s gone well. Yes really indeed. She has a crush on me and I have a crush on her. it got me thinking, though. What are we?

While my actual ‘relationship’ experience is limited (this is perhaps an absolute understatement) -. counts the number of relationships on two fingers, perhaps on one – I am aware that the early stages can be considered “seeing”. But what does that actually mean? What are the guidelines for this level of dating, the do’s and don’ts?

On the Internet I Googled, ‘What does it mean to see someone?’ This led to many results, of course, but by and large it seemed to be a stage where you are effectively testing the metaphorical waters by seeing where it flows. Which makes sense, although a number of forums discussed different perspectives, mostly centered around the belief that you can sleep around without fear of being a cheater, while others said this meant taking the time to get to know another person with the goal of developing into a relationship, which clearly meant promiscuity was being asked to close the front door on the way out.

Looking for more details, I turned to another reliable source, Twitter. One response asked for people’s opinions on what the guidelines were for this basic labeling. While seeing another person, you can’t (or shouldn’t) continue surfing online profiles and chatting with other potentials, as emotional / lustful confusion is common. Fair point: surfing more girlfriend options online had to be weeded out. I disabled my POF, OKCupid and Tinder accounts.