When you start dating someone, there’s a bit of dancing going on while you figure out each other’s likes, dislikes, assumptions, and specific rules. Not everyone follows the same rules and not everyone understands that the person they are dating may find something offensive or hurtful. In this article, we will discuss the dating rules for modern relationships, whether they are adopted from the beginning or discussed and formed by the couple. If dating is confusing, this list will help you clear the air.

Although many dating rules are adopted and found in most relationships, it’s difficult to navigate the waters if you’re not sure. We have created a list of several common dating rules that you are likely to encounter. If you know them, you’ll know what’s expected.

1. They are actually physically attracted to each other. This dating rule is important! Lying to yourself is a bad idea. If lack of physical attraction is a deal-breaker for either of you, you need to face it. You don’t have to be mean, just be honest and tell your partner that if you both decide to have a relationship, it needs to be based on something more from the start

2. You will Use birth control unless you have already talked about it openly, and even then some precautions should be taken. This dating rule is crucial because no matter how wonderful the other person is at the beginning of the relationship, if you get pregnant together and it doesn’t work out, it’s much more than just a temporary emotional pain. You need to work together to make things right for the child that is born and the emotional pain the child will suffer because of these problems.

3. You’ll have safe sex – and we have lots of tips on safe sex Here. Until you both know you can trust each other, this dating rule will protect you. Whether it’s a recent test, protected sex, or waiting for another relationship, you should always take precautions to protect yourself. If your partner pushes you on this issue, it is a good sign that you need to back out of the relationship. Partners who do not respect your boundaries now will not respect them later.

4. This can sometimes be an awkward dating rule, but when you start out, you don’t have to tell him if you’re seeing other people. While you are dating, you are in the ‘test before you buy’ phase. As the relationship continues and becomes more serious, you need to let your partner know. If your partner expects you to be exclusive and you are not ready, you should both sit down and have a serious heart-to-heart talk about it. If he demands that you settle down, you may want to walk away. If you pretend to be okay with this, you will be unhappy later.

6. Another good dating rule is that your conversations are a good way to gauge how serious you each are in the relationship. If you regularly discuss children, marriage, and future plans, you should assume that he is somewhat serious and there could be marriage potential. At the same time, if you notice that one of you is changing the topic of conversation, you should assume that it is uncomfortable to get too serious just yet. Stop and talk about what your expectations are in the relationship to keep it real.

7. Don’t rush into things. It’s natural to take things slowly and be a little distant at first when you meet. You’re not going to have kids with or marry the first guy you date. So this dating rule will help you enjoy the courtship! Don’t settle in the same direction. If there’s something keeping you from getting the most out of the relationship, don’t accept it as better than being single – you could be a serial monogamist! – Or that you will be lonely in later years.

Divorce leaves just as many people lonely because they settled down, got unhappy, and had to get out as those who stuck to their guns and waited for someone truly phenomenal to enter their lives.

8. Don’t post all the details online! Discretion is a good thing. Although we’re a bit further along these days than the antiquated ‘a lady reveals nothing’, your partner may wonder what else you’ll share if you’re willing to post every detail on Facebook, which makes this dating rule a good one to remember. If you have done something in the past, don’t try to hide it. If you screwed up in the past and were able to fix the situation, you need to address it. If you have had problems in the past that could still cause problems with the relationship, by all means, deal with it!

Dating rules that require some discussion: 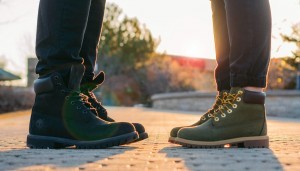 Not all dating rules can be adopted, especially with the vast differences between cultures or even just in different parts of the country. Misunderstandings can easily occur, but can also be easily avoided by taking some time to sit down and talk about your differences. These dating rules may require some discussion to figure out where you both stand, while others may require compromise if you want the relationship to work. If you are willing to compromise, you can be in love!

9. Practically the most important dating rule that requires discussion is what you are comfortable with and what you are not comfortable with. This includes meeting family or friends, exchanging addresses or keys, borrowing credit cards, and other details. In addition to the more mundane topics, when the time comes, have a frank conversation about what is okay and what is not okay sexually.

10. It’s important to talk about whether or not you’re in an exclusive relationship and nail down the details. Before you start looking through wedding magazines, looking at houses, and picking out baby names, you need to find out if you like it or not. A simple conversation about where you are right now and where you see your relationship going is important. If either of you are having problems, talk about it. It’s much easier to have some patience in a relationship if you find that he’s not ready to be exclusive because his parents have gone through nine divorces between the two of them.

11. Honesty is always the best policy. That doesn’t mean you can’t mention things politely to curb the blunt edges of your statements, but you should always address things that can cause problems in the relationship. You may even find him respects your honesty and brings you closer . Honesty should also be something that you expect in a relationship.

If you’re talking about moving in together, you may need to mention the $87,000 in student loans and credit card debt that leaves you with $1,200 a month to survive on. Is his sense of style really driving you to distraction? See if he’s willing to go shopping together, or if this is a deal-breaker for either of you.

12. You should both have an equal say in the relationship and to some degree how it develops. Giving one person or the other the majority of control creates a one-sided relationship, which is a bad idea! When one person is the center of the relationship, it creates a disconnect where that person can become more dominant, whether or not they make the big decisions about what the other person may or may not do and similar problems. including developing into domestic abuse in particularly bad cases. If one of you feels that he has to give up everything that makes him unique, or a person to maintain the relationship is not worth it.

By setting up dating rules, whether adopted, discussed or negotiated, you both know what is going on in the relationship and where it is going. Not only will these rules make your courtship a much more enjoyable experience, but they will also help you jump safely when things don’t work out. For more tips, check out When to Break Up here. This post will help you break up painlessly, too.

While none of them are hard and fast, they will help you cross the sea of dating with your own version of Happy Ever After.