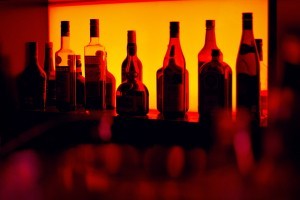 How to Stop Drunken Arguments? Ban these drunken rows. Forever!

The other weekend I had a particularly bad singles morning – when you wake up on a Saturday and both your roommates are at their friends’ houses and there’s no milk in the fridge and you can’t really walk because you sprained your ankle dancing to Bruce Springsteen the night before. The kind of morning where you feel like everything would be a little easier if you were in a relationship.

I pick up the phone to call my friend Helen, tell her about my ankle, and hear how her Friday night turned out.
Not great, she says flatly. Ross and I had a fight last night and now we’re not talking.
Oh, no. What was it about? I ask. She told me. She can’t really remember, something stupid. They were in the pub with friends, they both had a drink, it lasted a while, then a girl at the bar accidentally hit a shot glass against her leg.
After that it went a bit ‘free jazz’, she sighs.

Free Jazz. Isn’t that perfect? I think back to every drunken row I’ve had in previous relationships, and I can almost hear it. The frenetic hi-hat, the loud honk of a clarinet, the unexpected squeal of a tenor sax. None of it makes sense. You don’t know how any of it started – but suddenly you’re in the middle of it, outside the pub, in the middle of the street, in the middle of the night. Wrapped in a crazy cacophony of loud, discordant accusations and questions that you have no idea how to stop.

Drunken rowing may not be the most serious problem in a relationship, but it’s certainly the most annoying. Most of the time they mean absolutely nothing; the square root of sh * t-all. They spring from a misunderstanding or miscommunication, from exaggeration or semantics. In a state of sobriety, no more than 30 seconds would be spent discussing them, but when one / both of you are drunk, it takes unlimited hours to get to the bottom of the phantom problem.

Luckily, I’ve compiled a handy list of the five most common drunk lines that occur in relationships so you can think about it again before you hit the road with your other half.

1. The lost party
Ah. Classic. A phone’s battery dies, they spend all their time talking to their friends, they take money out / to the bar / to the dance floor, and they’re lost in a black hole for a few hours. The other half is absolutely furious – they feel completely ignored. The wandering partner returns to a paxman of accusations, with the abandoned party claiming that they are deeply unhappy in the relationship.

2. WHY DO THEY TALK TO HIM / HER?
When a drunk person feels abandoned or unloved by their other half, they decide to remedy the situation by flirting outrageously with someone else. They lean against the bar and tell the barmaid they’ve always had a weakness for Irish accents, or they ask for a man’s number in the smoking area (all within earshot of their partner). To attract attention, they push the person further away. This series descends into one party accusing the other of always making a fool of them, usually very loudly.