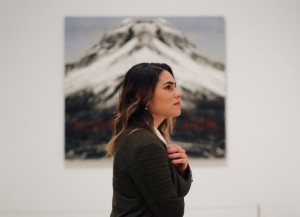 Like it or not, a lot of modern dating is mediated through our phones. We meet on dating apps, flirt via text, send each other memes on Instagram, request photos on Snapchat and FaceTime with ridiculous face filters. And sometimes we even call each other.

With all the different ways to communicate over the phone, it’s fair to say that if your phone flirting game isn’t up to snuff, you could be in trouble in the dating department. The amount of control that goes into a particular text exchange at the beginning of a relationship can far exceed the amount of control required for real-life interactions. It is unfortunate to think that people can grow apart and break up simply because of different ways of communicating over the phone.

A call can seem cute or overly serious. Adding people to Snapchat may be perfectly normal – or a little too racy. Sorry, I’m just not very good at responding to texts, could be true, but it could also be a polite way of saying I don’t really care about you.

Given all this uncertainty in the ether, it’s basically your duty to use your phone well in a dating context. To help you do that, here are some tips on how to get your crush interested on the phone.

1. How to avoid messages mistakes

Text messaging offers us the sense of immediacy that previous generations simply didn’t have with written conversations. Your words don’t have to be routed through a postal system, printed or held until a person checks a particular inbox. They write and they receive a notification. But that ease can lead you to confuse the dynamic between you and the person on the other end, especially in terms of emotion and tone.

You meant to be funny, sarcastic, witty or ironic, but it came across as rude, silly, awkward, insulting or just plain confusing, says Laurel House, celebrity dating coach and host of Man Whispers podcast. Until you know the other person’s way of thinking and speaking, your texts, bereft of your voice and body language, can very easily be wrong. Some people just come across as curt, brash, or just too direct and without superfluous words over text, making you feel like you’re on the receiving end of a brush.

Besides tonal mishaps, there are other potential pitfalls.

For one, House suggests not getting too comfortable too soon. Sure, it might feel good at first to have someone to text in the morning and at night. But after a while, that exciting novelty wears off because, frankly, you don’t care enough about each other to know they’ve slept well or are safely working at home and getting ready to go to sleep, she says. These random and regular check-ins can let you know someone is thinking about you and giving you comfort and warmth, but they can also be an interruption to the person on the other end or just stalker.

Also, don’t rely too much on the other person to entertain you at all times, regardless of what is going on in their life.

In the midst of their crazy day, when you are decidedly bored, write, “What’s going on?” What you don’t realize is that much is over and they don’t exactly have the time Explain, nor do they want to be your entertainment just because you’re bored or need a distraction, House explains.

Dating coach Connell Barrett says a mistake many people make is relying too much on boring or needy questions without bringing much to the table.

Too many men write things like, ‘What are you up to?”, “How was your day?”, “What are you doing later?”, “Do you want to get together?”, “How about drinks?” ask, ask. You want, want, want, he says. What works much better is to offer your crush a funny update about your day, write, send a cat meme, shoot them a GIF that makes them giggle. Stop asking for what you want and give the other person what they want. And then, after you give that good vibe and ask for the date, they’ll be much more likely to say yes.

2. How to appear interesting on the phone

While previous generations lived and died for a call from their crush or lover, a call at the beginning of getting to know someone today can seem overly formal (or creepy).

Because a phone call requires more attention than a text conversation, House recommends that you set a phone date as an alternative. Don’t call them randomly when you feel like it, she says. Because what if they’re busy, with friends, in a bad mood or in a hurry, but they pick up the phone to talk to you anyway, and because they’re distracted and can’t fully focus on you, they don’t do it. Not presenting yourself in your best light? Instead, set a time in advance to call when you can be both fully present and focused and expect the call.

Once you are talking, the basic principles of give and take apply in conversation just as they do in texting. However, the nature of phone calls, which combine the immediacy of a loud conversation with the distance aspect of texting, means that they can be difficult.

As a result, it doesn’t hurt to have a little strategy.

Take an interest in your date, says Tina B. Tessina, Ph.D., psychotherapist and author of Dr. Romance’s Guide to Finding Love Today . Be friendly, share some information about yourself, but don’t monopolize the conversation. Conversation should be like a tennis match and played back and forth. The interest in [Ihrem Schwarm] is the most attractive thing you can be.

Barrett fully agrees with the value of your interest.

‘There’s an old saw that’s still standing,’ he says. ‘To be interesting, be interested.’ Your swarm’s favorite subject in the world is themselves. So if you show genuine interest in them, they will find you interesting. A great way to do this is to give yourself a mission on the phone or Skype or FaceTime call to find out something fascinating about them. Learn what drives them, what they love, what makes them tick. When someone feels like you ‘get’ them, a deeper connection is formed.

Oh, and if you choose to make a video call instead of just an audio call, pay attention to what will actually be in the recording.

Look at what’s behind you, Tessina says. Make sure your space doesn’t look trashed. Wear something decent like a clean shirt, but don’t go overboard. If you’re dressed for work, that’s probably good.

Making a video call to someone when you or those around you look subpar would be like making a call when you’re deathly ill and constantly hacking phlegm. It’s not a good look – literally.

3. How to get past a pause in conversation.

Whether you’re texting, talking on the phone, or video chatting, similar principles apply. Essentially, you are having a conversation even if you are not physically together. How do you keep the other person interested and the conversation going?

Tessina advocates asking open-ended questions. Ask them, ‘What do you think?’ Or ‘Have you ever felt that way?’ Or ‘Has that ever happened to you?’ Or ‘How did you feel when that happened?’ Or ask about something you heard date say earlier in the conversation. ‘You said you played sports (or theater) in college?’ Or, ‘You said you love to hike. where do you go?’

If you don’t have material available to turn to a new question, you can always return to an earlier point, House says.

Barrett, meanwhile, warns that you shouldn’t let your own expectations get the better of you.

He adds, “They think they have to be incredibly funny or totally psyched, Barrett adds. This just makes it harder to relax and feel comfortable. If it helps, have an anecdote or story in your proverbial back pocket so you can say, “Oh, you’ll never believe what happened to me yesterday.” Storytelling is a very persuasive form of communication, and just having your back-pocket story ready can relax you.

Finally, it’s fair to say that a pause in conversation doesn’t necessarily mean the end of the world. If you’re not sure where to go from there, you can always try to end the conversation properly.

Instead of trying to drag out the conversation indefinitely, it might be time to make suggestions Meet in person for a date . As much fun as long distance conversations can be, there are some aspects of dating that they just can’t replicate.