Your Relationships Move Too Fast? How do you avoid getting too connected too fast? 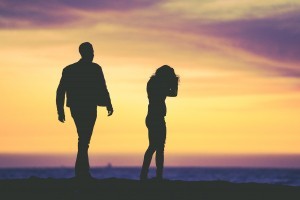 It’s funny how the term Bunny Boiler found its way into the vernacular, as its origin was in the 1987 movie Fatal attraction . In the film, Glenn Close’s character was spurned by her one-night stand (with Michael Douglas), causing her to pursue and literally cook the family rabbit. Now the term tends to be used by everyone to refer to someone obsessed with someone else who doesn’t return that attention. And make no mistake: there are plenty of men out there who could be called a ‘bunny boiler’. Don’t be one of them.

It can be challenging when you’re surrounded by friends who seem to have success in the dating department when you don’t. Meeting and finding partners seems effortless for them, and here you are bouncing around the dating pool hoping to meet the one. So when you go on a date and meet someone you really like, you run the risk of committing to them too quickly – and sex exacerbates this.

How to avoid getting too connected too fast

Get to know someone before you have sex

Instead of having blinders on, it’s important to take the time to get to know the other person before you get too emotionally or physically involved with them. Sex is a physical expression of intimacy and love, but sex is not love. Physical attraction is extremely strong, so it can be difficult to resist sexual urges in a social setting where the point is to choose to do so. But if you’re really interested in building a real and lasting relationship, you don’t want to go straight to the bedroom and wake up weeks later to find you have nothing in common except physical attraction, which is now starting to wear off.

In addition, the behaviors or characteristics of someone you were really attracted to initially can often be the same ones that cause you to break up later. For example, someone who is very spontaneous and exciting when you meet them can be fun and then really annoying later on.

Remember your life without them

But also think about your own behavior after meeting someone you really like. Do you constantly wait for an email or text to have the slightest inkling that they might be thinking about you? Do you constantly check their Facebook page to get an idea of what they’re up to, who they’re with, what they’re doing? Are you angry when they don’t respond to your messages right away or you don’t hear from them for 24 or 48 hours? Being needy can be fatal to building a relationship whose foundation must be built in trust.

The best mental health check is to remember that a week, two weeks, or a month ago, you didn’t even know this person existed. Did your daily routine suddenly go on hold after they were introduced into your life? Allow yourself to have a conversation with what you normally do day after day. Enjoy their company, but don’t base your life and existence on their presence and recognition.

How to avoid someone becoming too connected too quickly

What if you are on the receiving end of this kind of obsessive attraction? You have met someone and he seems easy also into you. The texts and emails are just a little too frequent and needy, so you have to constantly respond that it’s annoying? It may be time to take stock and have a frank and open conversation with them the next time you meet to set boundaries for communication. This is an area where distrust, jealousy and irrational behavior can lead to obsessive behavior.

In most cases where attraction feels irresistible, it should be noted that these relationships are unlikely to last, no matter how attractive your potential partner may be. The reality of obsessive attraction is based more on an idea of the other person than on really knowing who they are and how you fit together. And it’s best not to invest time and emotional energy in a relationship that won’t last. If there are signs of a bunny boiler, put out the flame now and take the pot off the stove. It’s just not worth it.